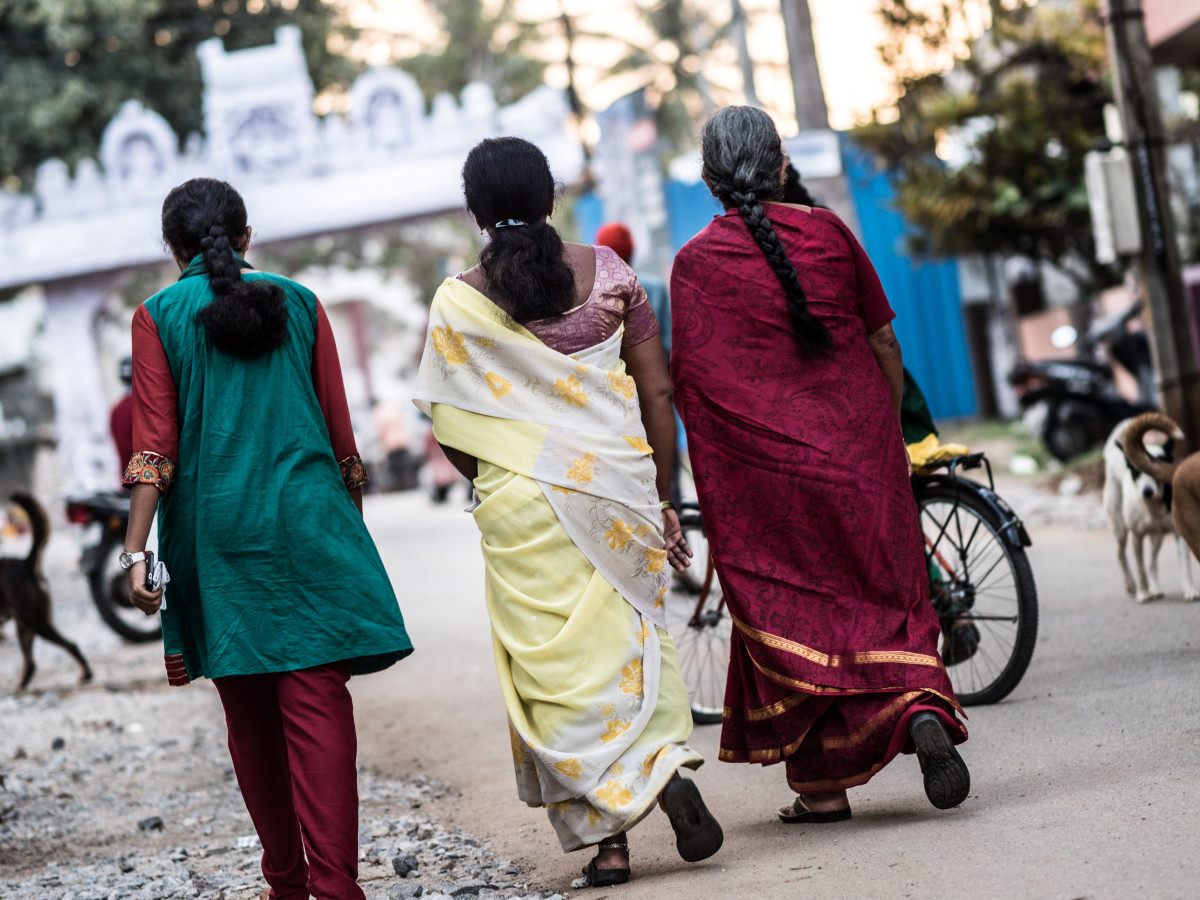 In the Siva Puranas, we read of how Parvati undergoes intense tapas to attract the attention of Siva, her consort from a previous life. Siva is devastated by the loss of Sati, his true beloved, who immolated herself when her father denounced Siva at a fire sacrifice. Siva is stricken with grief and slumps mournfully around his sunken heart. Parvati, who is Sati’s reincarnation, tries to get Siva’s attention, but he avoids looking into her eyes.

So Parvati retreats into the mountains and begins an unprecedented penance. She takes a yogic posture and focuses her mind, allowing nothing to distract her from the singular thought of Siva. She chants his name until it consumes her consciousness, and flames begin to burn inside of her heart.

Parvati’s tapas is blistering. It shakes the earth, rattles the heavens, and threatens to tear apart the fabric of the universe. The rishis and celestial beings protest in fear, but nothing can stop her. She is the original force of nature, terrible and sublime. And only Siva’s attention can soothe her wild heart.

At the height of Parvati’s tapas, which lasts for thousands of years, Siva is rattled out of his reflective absorption. He is forced to acknowledge what some part of him already knows, that this young girl, Parvati, is the present incarnation of his lost love. She is the embodiment of sakti, the creative, feminine principle, and she draws him into creative involvement with the world.

This story reminds us of the awesome power of the feminine principle, its potency, resilience and monumental force. In tantric mythology, the feminine principle is the principle of creation out of which the entire world takes form. It holds the incomprehensible secret of life within its fold. It is loving and nurturing but also uncompromising and uncontrollable. And when its fury is aroused, nothing can placate it or hold it back.

The practice of Ashtanga Vinyasa Yoga invites this feminine principle to course through us as our own prana, revealing its awesome power, showing us that our creative involvement in the world, our life and mind, depends at every turn on the inner movement of something within us unknowable and sublime. This enigmatic something, which is really no thing at all, is the primal impulse that animates all of creation. As such, it compels our love, respect, admiration and gratitude.

As prana, the feminine principle is our vital force. When we feel it move through us, and we feel our complete dependence on it, we are temporarily disabused of our conceits of control, our vain notions that we possess the sources of our agency within ourselves. We are exposed to the fact that our egos are not the true loci of our thoughts and feelings. Rather, they are ephemeral reflections of thoughts and feelings that have no intrinsic form.

As we contemplate these movements, we eventually come to see that the true sources of our agency are all around us, in biological and psychosocial processes that are completely beyond our control. And so the contemplation of our prana, the contemplation of the feminine principle, exposes us to our emptiness. It exposes us to our delusions of abiding in the world as isolated and self-possessed beings. Just as Siva remains absorbed in the wilderness of his consciousness until Parvati draws him out, so we remain absorbed in our delusions of isolation until we begin to grasp the movement of the feminine principle inside of us.

In yoga, this is called isvara pranidhana, or surrender to the beloved. And the beloved, whatever we hold in our heart, is unavoidably a formation of prana, a formation of sakti, and so an expression of the feminine principle. Surrender to this principle is what draws us out of our self-absorption. It dissolves the primitive conceit of the ego, which is the conceit of control. And this dissolution is a crucial moment in our psychological unfolding. Only when our delusions of control are completely given up, only when we fully accept that the movements of our bodies and minds are sustained by a creative principle that is so completely beyond anything that we might pretend to understand or control, can we begin to see the open radiance of our true nature.

Siva needs Sakti as Sakti needs Siva. The effulgence of the feminine needs to be seen and heard and felt or its creative activity is pointless and vain. The emptiness of the awareness needs the effulgence of creativity to draw it out, to make it reflective, or it remains dark, dense and impotent. When these two principles are united, they form a conscious whole. And that whole, the union of the masculine and feminine, of creativity and awareness, abides in loving contemplation of its true nature.

In many ways, the Ashtanga practice embodies the romance of Siva and Sakti. It embodies the sacred and sometimes explosive dance between the masculine and feminine, or between creativity and awareness. However masculine the practice can seem, with its straight lines and unforgiving progressions, the practice is steeped in worship of the feminine. It is a practice of feeling the myriad forms that sakti can take within us, and embracing them all as sacred. It is a practice of recognizing our dependence on that selfless and nurturing creative force that pulses through us and sustains the movements of our bodies and minds throughout the entire arc of our lives. Finally, it is a practice of coming out of ourselves, and allowing our defenses to dissolve, so that we can recognize our total dependence on the creative force within us, and make ourselves better conduits for its currents, with the result that we feel more alive than ever before.

The Ashtanga practice throws light on the nature of the feminine by exposing us to its creative potential, and showing us its supple but inexhaustible strength, as the inner movement of our own prana. It dispels the confused notion of the feminine that circulates so widely in our culture. It reminds us that the feminine is not, as we are sometimes supposed to believe, passive, feeble, breakable and exhaustible, but, on the contrary, the feminine is radiant, unwavering, generous, abundant and unstoppable.

Most pointedly, however, the practice reminds us that the feminine principle is the animating force behind all of our thoughts, feelings, words and actions. It is the source of our tapas, the source of the inner strength that compels us down the hard path of yoga.

Through the practice of Ashtanga, we give expression to the feminine principle, and through those expressions, we are drawn out of ourselves, into creative involvement with the world. In the relationships that emerge, we awaken an unconditional love for this sublime reality that is continually unfolding around us.