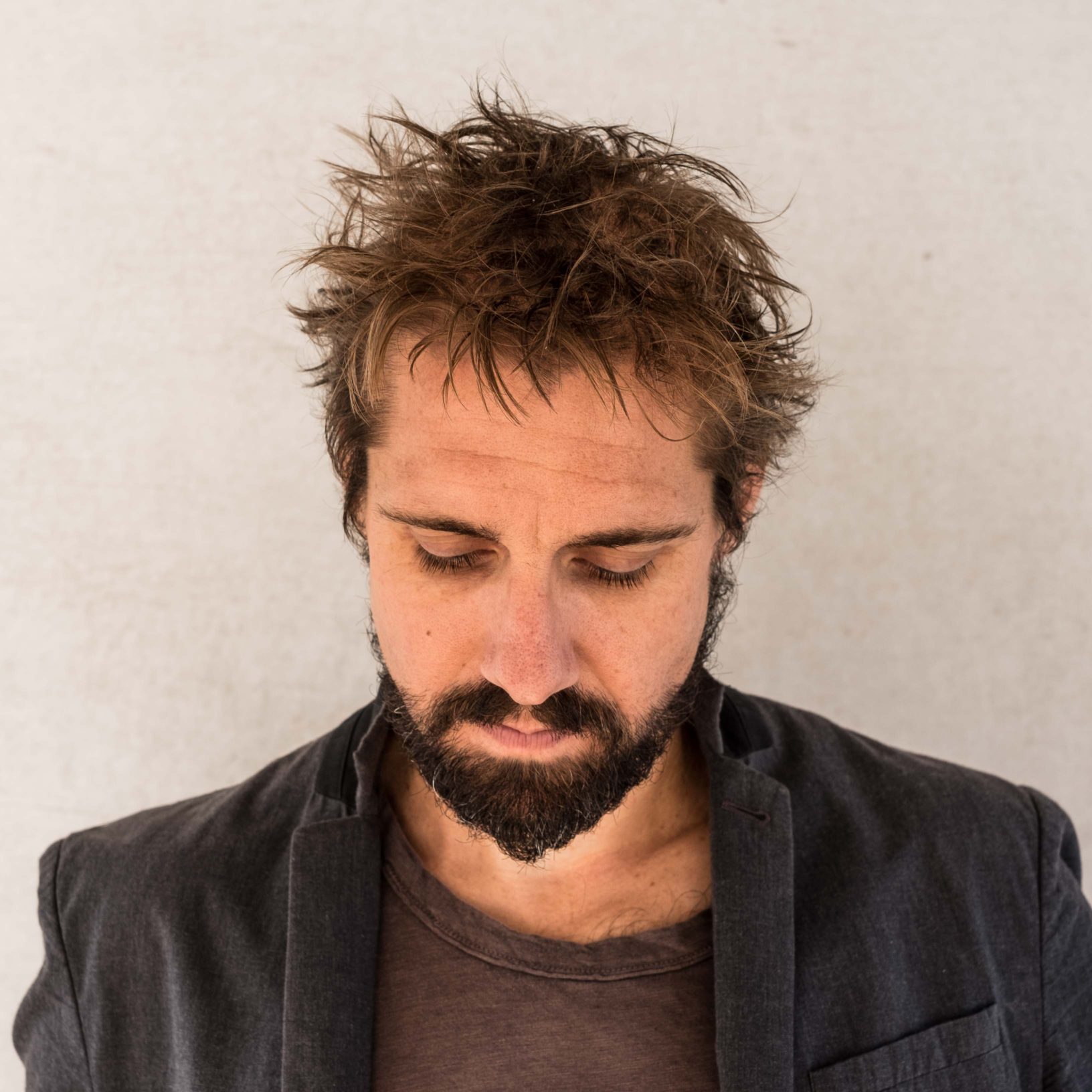 Stories of sexual violation by yoga teachers expose a signal confusion about the nature of yoga, and this confusion is endemic to popular yoga itself. As the violation unfolds, the victim often wonders, “Is this part of yoga?” And her confusion is symptomatic. Not only has she has made herself vulnerable to someone who purports to know more about yoga than she, someone who promises to guide her beyond the limits of socialization to some extraordinary way of relating to her body, but her inchoate sense of what that means is already distorted by sensational notions about yoga and sexuality. In this volatile situation, it may be dangerously difficult for her to realize that her “teacher” is more confused than she.

Hatha Yoga, the yoga of the body, is profoundly sensual. It involves the continual opening of the senses to the full spectrum of embodied experience. The method is to gather the internal forces of the breath at the base of the spine, and to draw them up, with rhythmic and often thrusting movements of the pelvis. The erotic nature of these movements is hardly incidental. They are designed to arouse our most formidable impulses, including those that shape our sexuality. The point, however, is not to gratify these impulses, but to release their psychical force, and then to use that force for the transmutation of consciousness.

This endeavor is as dangerous as it sounds. When we arouse our creative impulses, we run the risk of being overwhelmed, and losing ourselves to the tyranny of our desires. The traditional texts make this point rather clearly. When we practice Hatha Yoga, we are playing with fire. And we will be burned unless we sustain a lucid sense of what we are doing.

As demonstrated by the troubling profusion of recent allegations of sexual violation made against prominent yoga teachers by their students, we have not, as a community, braced ourselves adequately against the psychological perils of the practice. Too many of our teachers, not to mention our students, have failed to handle those dangers gracefully. They have allowed their sexual impulses to overcome them at crucial moments, causing others irreparable psychological harm.

To be certain, this is a systemic problem with deep social roots. These include our distorted gender concepts, and our brutish conceptions of human sexuality, which encourage us not only to objectify women, but to see men as their natural predators. These pernicious preconceptions shape our relationships with ourselves, and with one another, in dramatic but often invisible ways. To understand the epidemic of sexual violence against women, we must observe these social and conceptual elements closely. We must see how they move in the space of our minds, to bring consciousness to the nature of our conditioning. They are not just part of our social atmosphere, but part of the samsaric illusion that we are trying to overcome.

The seductions of the body are severe, and they can badly distort our perceptions. They can draw us into the delusion of seeing others merely as objects of the senses, to be taken in at our own delight, without any concern for their dignity. This is the delusion of objectification, and it underlies all forms of sexual fantasy. When we arouse our sexual impulses through the rhythmic movements of Hath Yoga, without also practicing the critical techniques of psychological release, we can be drawn into this delusion rather quickly. It can cast its extraordinary spell over our minds, and badly estrange us from reality. Most dangerously, it can blind us to the true nature of the other—which is excessive, uncontrollable, and sublime—by reducing her to something containable, manipulable and trifling. Under the sway of that delusion, we are poised for indiscretion.

As human beings, we long for another. We long to touch one another, and melt into one another, in an apotheosis of intimacy. But true intimacy is an imminent threat to the ego. It involves opening ourselves to the presence of what is truly other, and thus what is unpredictable, unknowable, and threatens to overwhelm us whenever it overflows. The ego wants to limit and control the other, for it wants to approach and to touch the other, without losing itself in the process. So it reduces the other to an image or idea that makes it appear more amenable to its own selfish ends. The ego might make the other appear sultry and subservient, for example, rather than threatening and sublime.

This kind of reductionist fantasy is the psychological basis of systemic oppression. In the context of Hatha Yoga, it simply has no place. For Hatha Yoga is about working with the intelligence of the body to dispel delusion, and open the mind to the fullness of reality. This includes, most crucially, the reality of other beings, in all of their wondrous, terrible, and irreducible complexity.

The touch of a teacher who is grounded in the present moment is very different from one who is silently indulging sexual fantasies. When a teacher imagines his student as an instrument of pleasure, she can feel the shift immediately. This shift is something that untold numbers of yoga students must have experienced, but it is rarely if ever mentioned. For it amounts to a violation which, though deplorable, is nearly impossible to prove. It involves no overt indiscretion, and registers only as a sudden feeling of vulnerability and estrangement.

Or perhaps there is a shared sense of arousal, and a quiet reciprocation. The teacher indulges a fantasy, and the other is excited in turn. She starts to indulge some fantasy of her own, however tenuous it might be. Either way, the conditions of yoga, as mutual presence with the reality of the other, have just been undermined.

Yoga can happen only in a space of open and selfless awareness, in which the feminine principle, the sublime effulgence that gives shape to all sensory phenomena, is allowed to body forth precisely as she is, without being forced to conform to any particular image. The objectification of the other closes that space through a reductive imposition, designed to make her more amenable to the ego, with its selfish and isolating ends. It limits and confines the other to an idea, so she has no room to breath.

Yoga demands complete openness to the reality of the other. The other can be anyone—a student, teacher, friend, lover, an absolute stranger, or most importantly, the shadow side of the ego itself. Yoga teachers are supposed to model for us the kind of openness, resilience and selfless love that is required to engage with otherness intimately. When yoga teachers indulge sexual fantasies, they simply fail to play that role.

The intimacy of Hatha Yoga can involve the reciprocal exploration of human sexuality, but even then, it must be devoid of fantasy, objectification, and power imbalances of any kind. The exercise of power may be useful in teaching yogic techniques, but it destroys the possibility of true intimacy. In the fullest sense, intimacy requires complete openness to the reality of the other. And that kind of openness is not possible when fantasies and power dynamics are in play. Since the student-teacher relationship is structured by certain power dynamics, it is simply not fit for sexual intimacy. Nor can any yoga teacher use sex as an instrument for teaching. And if he pretends otherwise, he only shows the depth of his confusion about the possibility of sexual exploration as a vehicle for yoga.

It is often said that we cannot force Mula Bandha to arise, and this is the very same point. We cannot force the feminine to unfold naturally and spontaneously within us. We can only make space within ourselves for the feminine to awaken, to blossom, and to unfold beyond the limits of our conditioning. This requires the total suspension of our fantasies. It involves the total suspension of our conceits to have any power or authority over the feminine whatsoever. It involves the complete internalization of the insight that we do not, and cannot know her, because she cannot be reduced to an object of the sort that can be known.

Again, the role of the yoga teacher is to hold an open space of selfless but loving awareness for otherness to unfold, and then to show us, largely by example, how to hold that space for ourselves. If he indulges in sexual fantasies, whether about his students, or anyone else, he fails to play his role. Not only does he lead himself off into his own distractions, but he engages in the kind of mental reduction that suppresses the possibility of the yogic experience.

Students of yoga need to know this, and yoga teachers need to make it plain—the indulging of sexual fantasies has no place in yoga. This is not a matter of morality, but a matter of what yoga is all about, namely, our presence to the reality of the other, or to put it differently, our presence to the reality of otherness, whether in ourselves, or in other beings. Sexual intimacy is a beautiful thing, and can play a central role in yogic experience, but it must unfold outside of the clutches of fantasy and attachment.

These points might sound pedantic when so succinctly expressed, but the recent exposure of sexual violation in yoga, together with its attendant confusions, shows that we have not adequately internalized them. The appreciation of these points is important not only for the integrity of yoga, but also for renewing the promise of yoga in catalyzing social change. If practiced authentically, by large populations, yoga might help us interrupt the larger pattern of sexual violation against women, by liberating us from our entrenched habits of objectification, without suppressing our natural longings for intimacy. But the prospect of using yoga on a global scale to reverse the tide of violence against women hangs on the clarity of our teachings, and the integrity of our relationships, moment by moment.